A downloadable game for Windows

This videogame, made for the 8 Bits to Infinity ~ Mashup Jam, is a mixture of a typical Arcade game and a peculiar Cardgame done on purpose for this Jam!
On a first impact it's a 2D "Free Roaming" "Dodge Based" game, you are playing as Gregory, a coward court Jester, and you will have to avoid traps and anytime you collide with an enemy you must fight him in a "Card Game" in order to keep your bravery bar safe while your purpose is to reach the end of the dungeon and rescue the princess without freaking out!

The best part of this game is probably the overall spooky mood, given through its original art and music!
We think the general navigation through the levels is smooth, even though, right now, there is no challenge because we had not enough time to implement most of the enemy patterns!

W,A,S,D: Movement.
Right Mouse Click: Dashing.
Left Click: Next Screen (During Dialogues) , Push the Buttons (During the Card Game).
Alt + F4: Close the Videogame.
- & + : Cheat, gain or loose your bravery.
Mouse Scroll: Zoom In and Out because we forgot to set a limitation!

The build isn't complete because we legit TRYED to do WAY TOO MUCH for our possibilities in the given time frame, still the game is playable, most of the rooms are filled with several AWSOMELY DRAWN and animated enemies even if their "Moveset" isn't complete. If you want to fight them just do the opposite of dodging them!

There is a Final Boss but there is no Boss Fight! Did I mention the fact we had not enough time?

Animation: Every animation in the game was made by Saturas.

Music: The game has three different Music Tracks in a "Retro 8Bit-Style" made by Stefano Bertolino.

Coding: Our solid, bug-proof, amazing, water-soluble code was made by Cloki and  Saturas. They also integrated everything in Unity.

Level Design: Every room, enemy pattern and general game balance was made by SouLonTwitch.

Game Design: The Game Design, in general, was brainstormed by the entire team together.

The wall of text you are reading was written on a galactic-hurry by SouLonTwitch.

First good work. I love the art style and the ambiance. It was difficult, i like this game, but i didn't play with the game, i will explain, i didn't realy play with the card game finaly, because i didn't realy understand the goal, so i just click and i always win. In my first run, i have found directely the princess, but after i have discover the other room.

It's a sad fact that the card gameplay part is the least accomplished. I know my comment may seem a little violent. But it's the opposite, if the card game was more fun and more accomplished in terms of graphics, I'd consider it as my first big crush of this jam (it is anyway). I am critical, because I feel that there is a great potential with your team, congratulations to the programmer.

(sorry for my english)

I have create game too if you wan't to test it  : https://ironpowertga.itch.io/packm 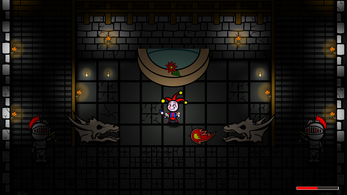 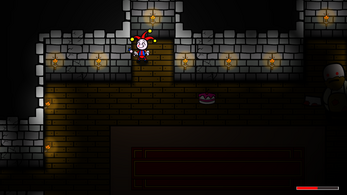 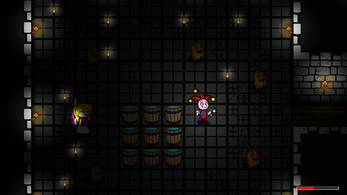 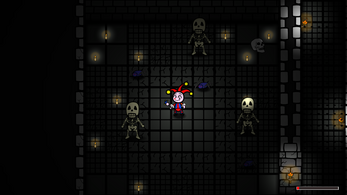